It came as an impression in the still of the night
A vision so real it gave me a fright.
I looked across the prairie as far as I could see
A group of men came walking to me.
They moved forward with determined stride
Until they stood by my side
Four stalwart beings, immortal.
First, my father with his eternal grin
Oh, How I wished I could emulate him.
Standing next to him was a man tall and strong
Who fathered a woman and taught her of life,
The lovely lady I took for a wife.
The prophet Joseph was also there.
He who had restored the truth through solemn prayer.
None of these had spoken a word;
They waited for the last to be heard.
We've come for you, the Savior said.
But I'm not ready to go, I solemnly plead.
I've not finished my task or prepared the way.
Would you please come back another day?
When they'll be back I do not know.
By then I pledge I'll be ready to go.
Stanley J. Thayne

It’s been 40 years since my dad passed away. I don’t remember how many years before he died that he wrote this poem. But I do remember that he shared, if not the poem, the negotiation he’d had with God. At the time he wrote it, none of his children were married, at least one was on a mission—probably my third oldest brother with one brother left to go. There were many things I know my dad was most concerned about and they all revolved around the welfare of my mom and his kids. He'd wanted to make sure mom was taken care of financially. They’d even picked out a car together that was for her to use after he passed. It was the car she drove to California on her mission. Dad didn’t buy new cars often, but with her input, he did buy one last car. It was one of the final things he did to be “ready to go.” I can imagine that his list for being ready included spiritual things as well as relationships, but was most likely practical and responsible.
House paid for—check
Solid investment plan—check
Properties in wife’s name—check
See all sons go and return honorably from LDS missions—check
(And this was the biggest concern and at the time of writing the poem, he hadn’t seen any of his children married in the temple)
See all five children married in the temple—check
Last buy not least, have a reliable car for Jeanne—check

The relationship with my dad was not an easy one. We argued about a lot of little things and some big things. He believed he was always right, and being young, I knew I was. I believed intellectually he was proud of me, but he was a tough sell. He wanted his ducks in a row and wanted the ducks to look and act the way he believed they should: responsible, faithfully adhering to “gospel principles,” political (as in voting and studying issues and politicians when we turned 18), getting good grades in school, and especially in being good citizens. He was harder on my brothers than he was on me, partly because they got into trouble more than I did, but also because he had a soft heart when it came to his youngest and only daughter.  A product of his time, he believed men should be strong caretakers—and he was. He had a tough exterior, but when he cracked we saw that soft side, he was a marshmallow. He loved easily and completely.

His emotions were often near the surface. He was quick to anger, quick to laugh and especially to joke, quick to compliment, and quick to correct, but he was also easily drawn to show his tender side. His voice cracked easily and though he didn’t cry often, it wasn’t completely uncommon to see his tears. He cried when he talked about the people he loved. He was fiercely protective of Mom. We were not allowed to disrespect her and we were required to “help out” with things around the home.

Mom on the other hand wasn’t hard on us at all, though her strong Scandinavian heritage meant she was introverted, and never publicly cried even in the home at least where we’d see her. In fact, her nickname in Glendive, Montana was Toughie. I remember well the fringed leather jacket she had that had Toughie engraved on the large wooden buttons.  As kids though we didn’t have to work hard to win her approval. It was just always there, even for brothers who threw snowballs at passing cars, shot illegal fireworks, threw rocks at and broke the Scera Theatre sign and well ok, I could go on, but you get the picture. But even with me, the only daughter, who started my bedroom carpet on fire, hid puppies and kittens in her room and often climbed into bed with them without warning when I was scared. Even with all that, Mom was and still is all mercy. I don’t need to imagine the negotiating that went on behind closed doors because my bedroom was right next to theirs and I remember hearing Mom calm Dad down. Once Dad had found cigarettes in a car after one of my brothers had been out with friends. Somehow she was able to convince Dad that he was just a kid and just fine. Everything would be all right. Or course Mom was right. We all turned out to be fine in all the ways Dad had wanted.

With Dad’s health he had a lot of ups and downs. Mostly downs. It wasn’t just the cancer that after 9 years of battling took his life, it was other things too. I remember Dad crawling on his hands and knees into the house from the car after Mom had, had to go and get him from work. He wasn’t crawling because he was drunk, though that’s what it looked like, he was crawling because of Meniere’s disease, an inner ear disorder. And again since my room was next to theirs, I'd heard his throwing up with the dizzy spells that completely incapacitated him. I remember barely bumping his bed when talking to him and he’d had to hold onto it because the whole room started spinning. Later after a chemo treatment, the routine would be similar but for different reasons. I was in Junior High when Dad was diagnosed with cancer and 22 when he died.

I had a dream once. I was around 18 when I’d had the dream. Dad and I were reaching out for each other, but there was a huge gulf between us. I couldn’t reach him and he couldn’t reach me. He was trying to save me from something that was pulling me into the abyss but he couldn’t. And I couldn’t get to his side of the gulf. I woke up in a panic and knew that it was up to me to breech the divide. Even though my heart broke for him with his health, his stubbornness and my stubbornness was an obstacle, the great divide between us. If we didn’t agree on something, neither of us would give in. I don’t remember what we’d argue about, we just did. Stubborn pride. Silly, but it was true.

In the few couple of years after that dream, I would leave Orem, Utah to live in Logan and attend school at USU. Dad approved of USU since that’s where he’d gotten his education and after WW2 was where he’d met his bride. Although, he’d never pushed me to go there, he was supportive and helped with tuition and books. I knew he was proud that I too had chosen to be an Aggie.

When I took my fiancé home in late February of 1979, Dad had been able to see most of his desires come true. He’d seen each son serve an honorable mission. He’d seen each son marry. There was only one child left. When I introduced Mick to him, Dad was sick in bed. Still, he thought Mick was pretty wonderful and he apologized to me for not being the best Dad. I knew what he meant, but I also knew it wasn’t true. He had been the best kind of Dad that he could have been and he was there for me in all the ways that mattered. From him I’d inherited my work ethic, my desire to improve the world, my love of nature and animals, my sense of humor, my passion for education, determination and most importantly the ability to think critically. But he’d also passed on his stubborn pride, his quick temper, and his opinionated personality and the inability to accept being wrong. After that visit Dad rallied again. He was present and acted as a witness at our marriage in the Logan Temple. That was the last check off. He was ready to go. Though, he’d been the picture of health, at least by all appearances the day we married, he deteriorated pretty rapidly afterward and passed away just over six months later on Nov 2nd of 1979.

So 40 years later, I realize I’ve continued to mend the gulf that was part of my growing up years. When I hear how some parents are, rulers in their homes, I’m glad that my Dad argued with me. It meant he didn’t tiptoe around me and I didn’t tiptoe around him. We said what we thought. He also never laid a hand on me. And never used any harsh punishments with me.

Now I feel my Dad in nearly everything I do. I’ve thought about him when I’m working in my pottery studio and remember his pride in the first pots I’d brought home in high school. I’ve thought about him through all the years sitting in church meetings and remembering his church leadership, and then in deciding not to believe in the same way Dad did even though his faith is still ever-present and a guide in my life. I have felt him especially around our family cabin near Yellowstone, on the rivers, and on the trails where so much of the good parts of our relationship was formed. I’ve felt his presence at the birth of my children and grandchildren and all the milestones in their lives. And I’ve felt him as I sat by our mother while she recovered from an extra bad bout with pneumonia. Dad was only around physically for the first 22 years of my life and now I just have memories. But I have an inkling of his pride in the marvelous progeny and in the continued heritage we share. Thanks Dad. I’m pretty sure I never actually said I love you, but I do. Now you know. Thanks for your guiding, strong and loving hands in my life. 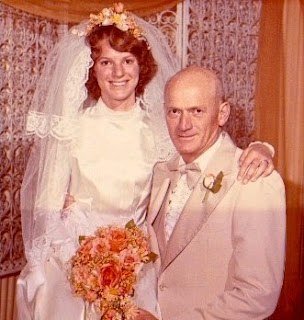 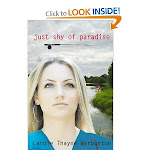